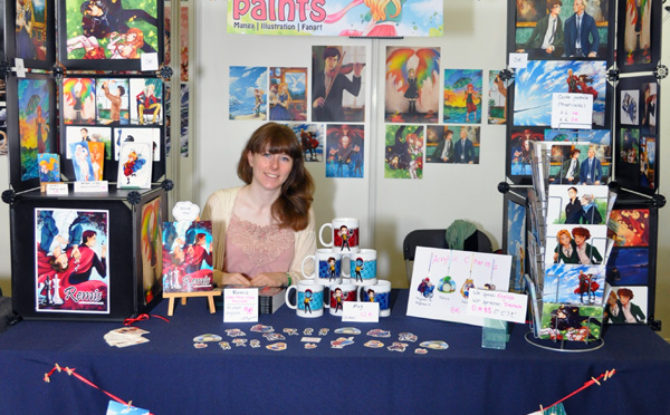 Thanks to everyone who visited my booth at all the conventions this summer! I had a blast!

I especially enjoyed Japan Expo, it was so great to talk to fans from all over the world. I feel honored that people would actually visit my tiny table at such a huge con. (I can’t even begin to tell you how often I got lost in the convention centre!) I really hope I can go again next year.

Now, a lot has happened recently, and I’ve had to update my convention schedule a little. I will have a table at Connichi in Kassel this September, but I will not be able to visit the Comic Cons in Berlin and Dortmund. I hope I can make it again next year, though!

Updated schedule for this autumn: